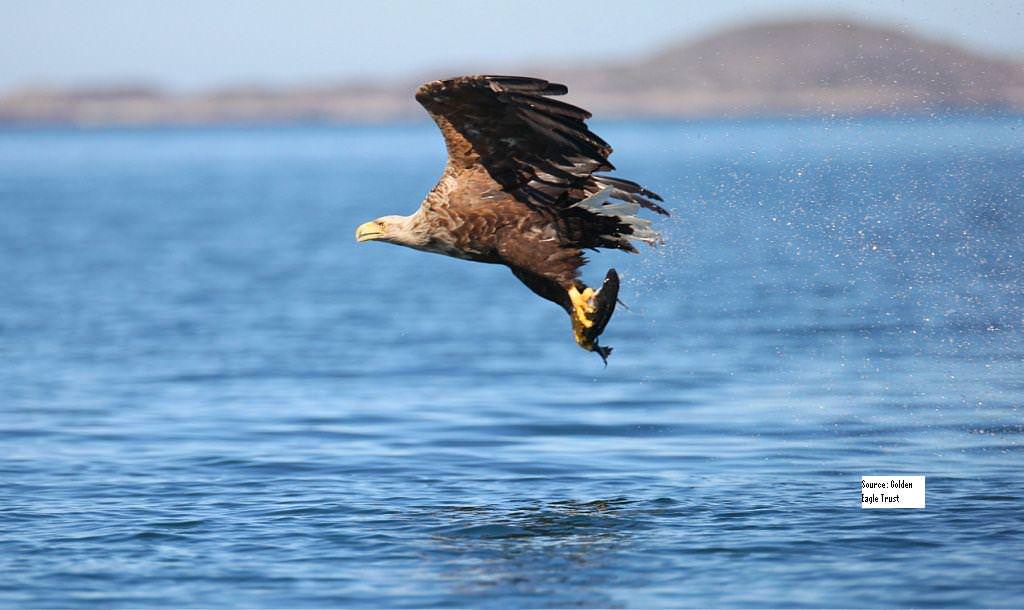 Eagles Saoirse and Caimin, created history in 2013 when they reared the first chicks to fly from a nest in Ireland in 110 years.

Discover the first White Tailed Sea Eagles born in Ireland in over a century at Mountshannon in County Clare.

The Mountshannon breeding pair, a six-year-old male and five-year-old female, were originally collected as chicks on the island of Frøya off the west coast of Norway by the Golden Eagle Trust. The birds were released in Killarney National Park before relocating to Lough Derg in 2011. The pair, named Saoirse and Caimin, created history in 2013 when they reared the first chicks to fly from a nest in Ireland in 110 years. The pair successfully hatched another chick in late April of this year.

The parent birds have been around Lough Derg since 2011 and they have chosen Mountshannon on the Lough Derg as their home. These amazing birds and chicks can be easily viewed using binoculars and scopes from the shore at Mountshannon harbour or at the newly opened Bird Hide at Mountshannon. The new viewing point is a great way for the public to view the birds without disturbing them.