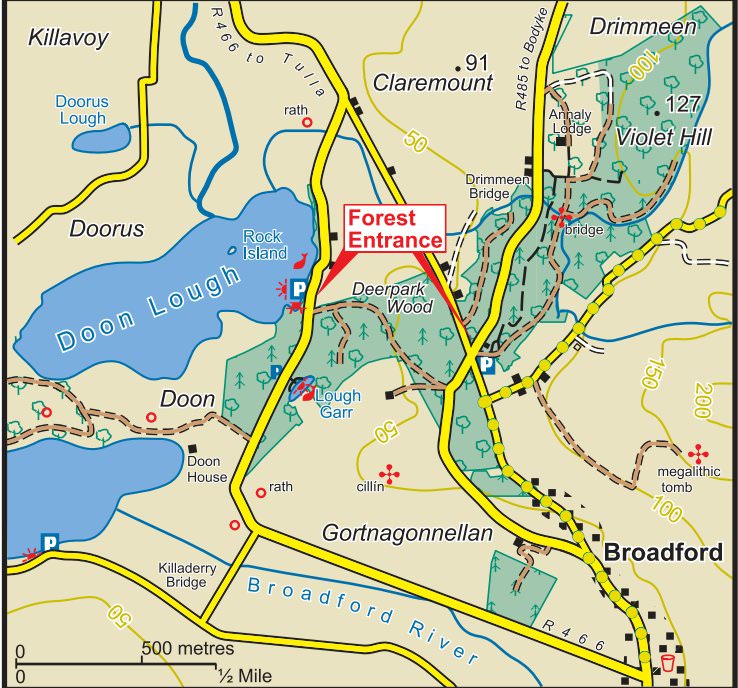 Originally the site of Doon Mulvihill, a tower house built on the site of an ancient fort. The castle was demolished in the 18th centuary and the stone used for the erection of Doon House, which also has since been demolished. In 1986 three submerged canoes estimated to be 2,000-2,500 years old were found on the northern side of the lake.

The woodland surrounding the lake consist of birches, alder and the oak woodlands in the nearby (see map) Violet Hill date back to 1850. Fauna include squirrels and pine marten. Many species of birds can be spotted including owl, woodpigeon, jay and other common small birds. On the water front are swan duck, duck, heron, waterhen and coot.

Facilities on the site include lay-by, lakeshore picnic site, fishing and forest walks. The east Clare Way passes to the west of Doon lake and the ruin of Teerovannan castle, a McNamara stronghold dating from the 15th century is situated nearby.